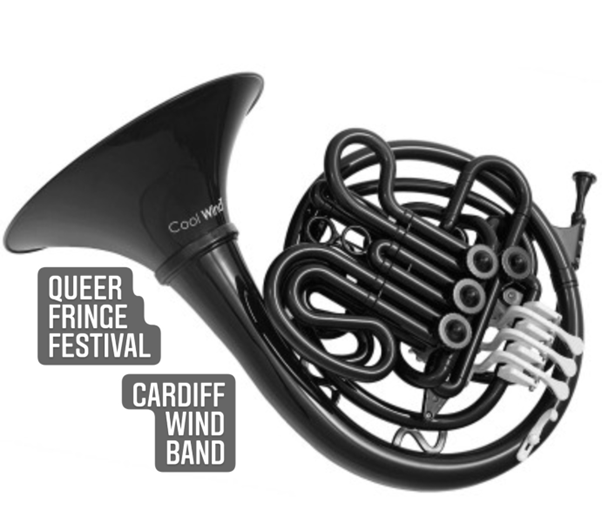 The Norwegian Church Arts Centre hosts a night in the company of Cardiff’s Community Wind Band… a non-auditioned band that’s open to all.

The City of Cardiff Concert Band was founded on 2nd October 2002. It is Cardiff’s only regularly rehearsing community concert band and is open to all brass, woodwind, and percussion players regardless of age, ability, or student status.

We hold concerts, charity events, social activities, and this year we were the first Welsh representatives at the South-West Universities Concert Band Festival.

The band celebrates its 20th anniversary later this year and is now entering its fifth year of being under the musical direction of Owen McCarthy.

The band is a safe and inclusive space for all – many of the band’s members and its elected committee are part of the LGBTQ+ community so we hope you can join us in celebrating them and their queerness by enjoying a selection of some of our favourite pieces.

“Cardiff Windband has been an inclusive, non-auditioned band since 2002. During its time it has seen many faces come and go however its welcoming and friendly atmosphere has prevailed. This relaxed, inclusive group is unlike any other band I’ve played in, and that’s why I’ve been in it for 14 years”